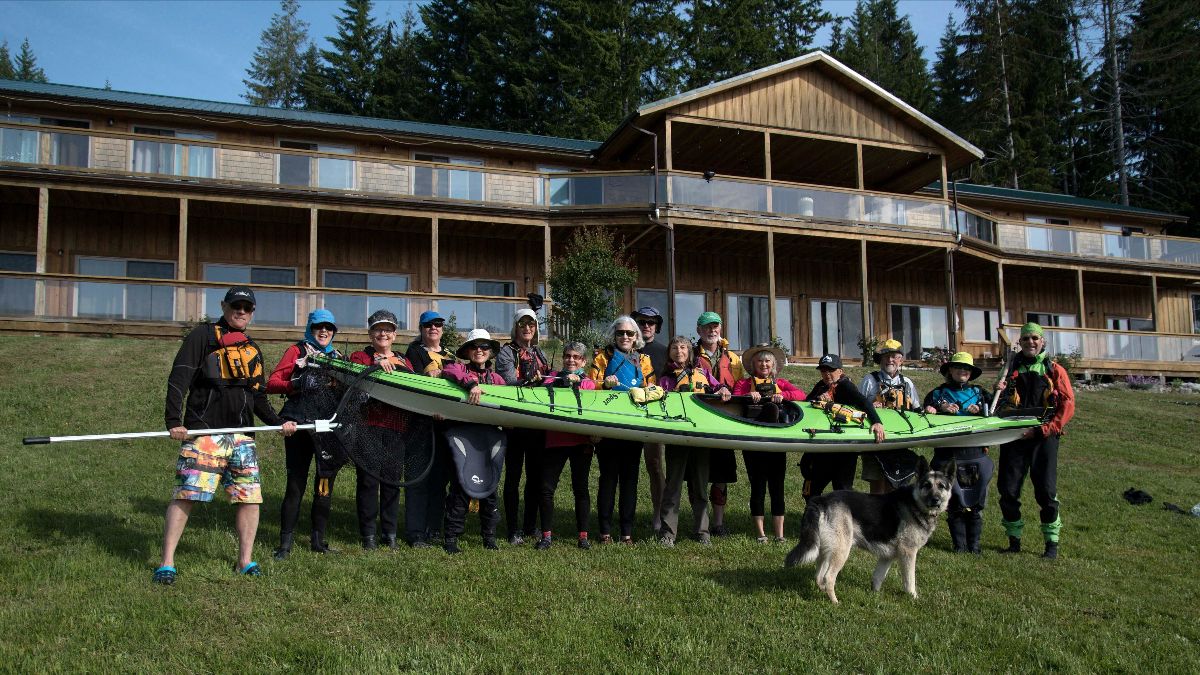 Kayak “glamping” is not for everyone, but I can assure you that it can become addictive! Having had a second hip replacement in early March, this body was not about to start climbing in and out of a tent as usual this summer. The solution became apparent while my friends headed off on a 12 day kayak camping trip to North Brooks. My first “glamping” trip was to Mayne Island with my sister and two girlfriends. The second trip was solo, staying on the south end of Saltspring Island. The third trip was to Flynn’s Cove Cabins in Nuchatlitz on our NW coast of Vancouver Island with my sister and two girlfriends. That trip was linked in with the Cowichan Bay Kayak Club crowd as there was a spare 2 bedroom cabin available.

I found the accommodation on Beth Haysom’s website she developed for SISKA members on kayak friendly accommodation in the Southern Gulf islands. Kayak Friendly This link is also listed on the club website.

The Blue Vista Resort is situated on Bennett Bay and has a number of self-contained basic cabins placed in a semi-circle, making it easy for socially distancing. There were ocean glimpses across the street but no beach launch. We had a 2 bedroom cabin and the first night we enjoyed very good food sitting out on the deck at the Bennett Bay Bistro (a short walk).After that we cooked for ourselves, using the stove and the outdoor BBQ.

1.We launched at Bennett Bay and over 14n. miles circumnavigated Mayne Island via Active Pass, timing our passage with the current predictions! The Georgia Strait side of the Gulf Islands are mainly solid, sloping rock, so possible to land in an emergency.The north and east sides of Mayne Island only has a few beaches. 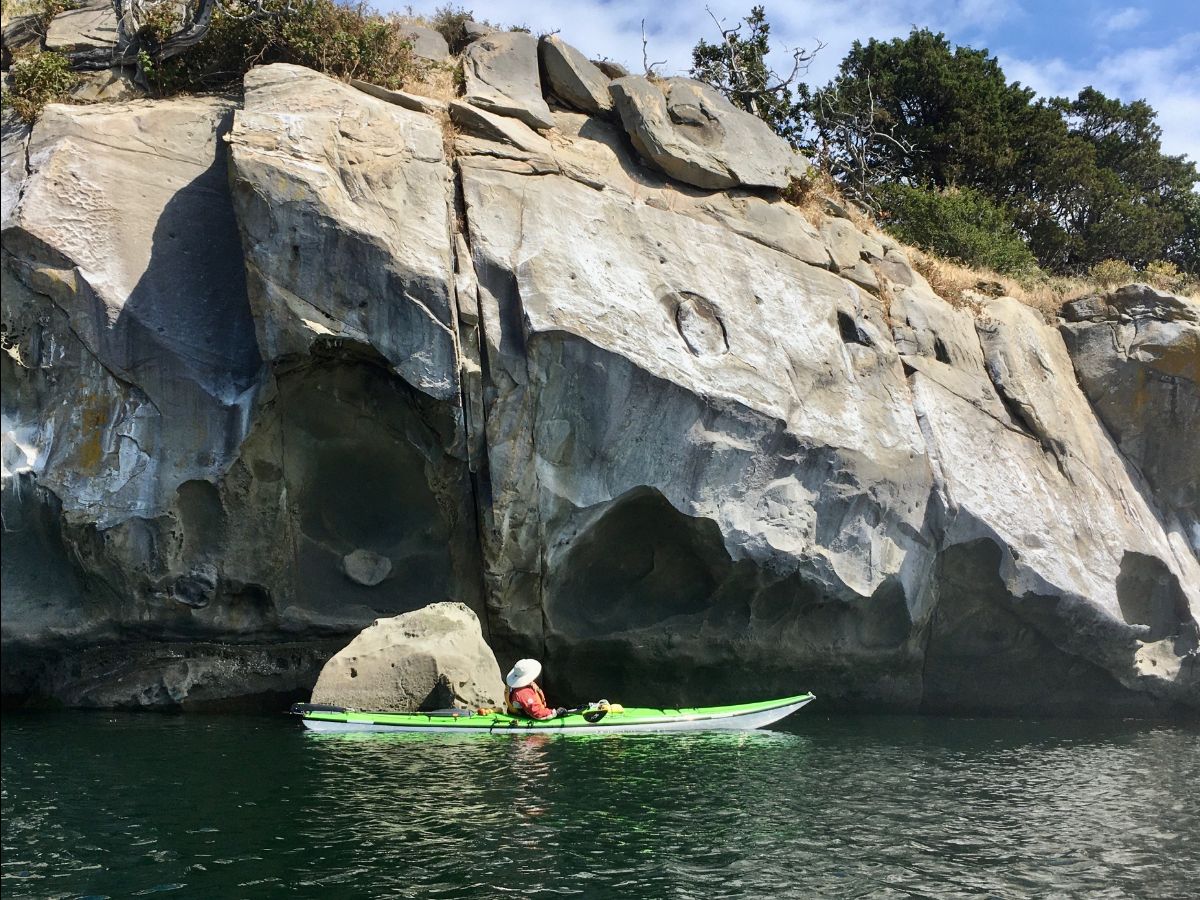 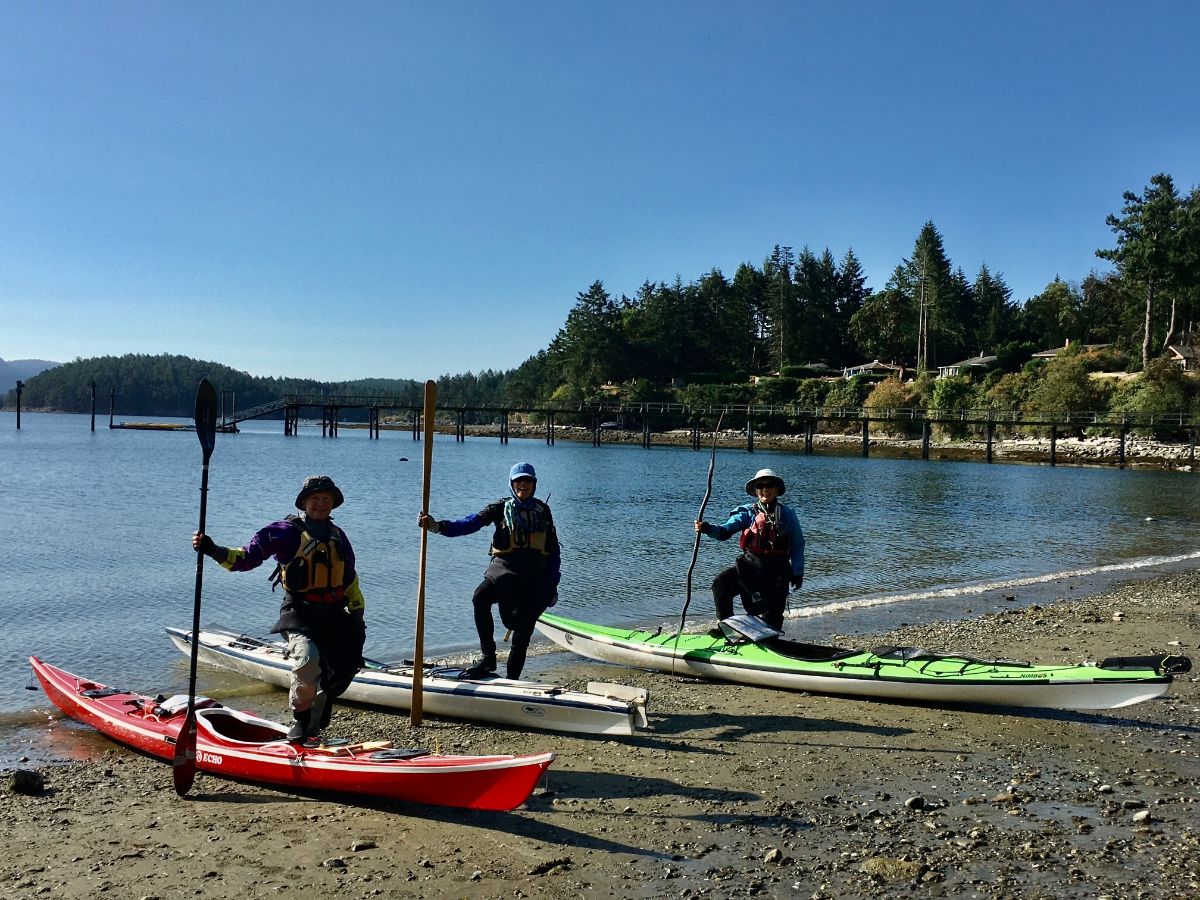 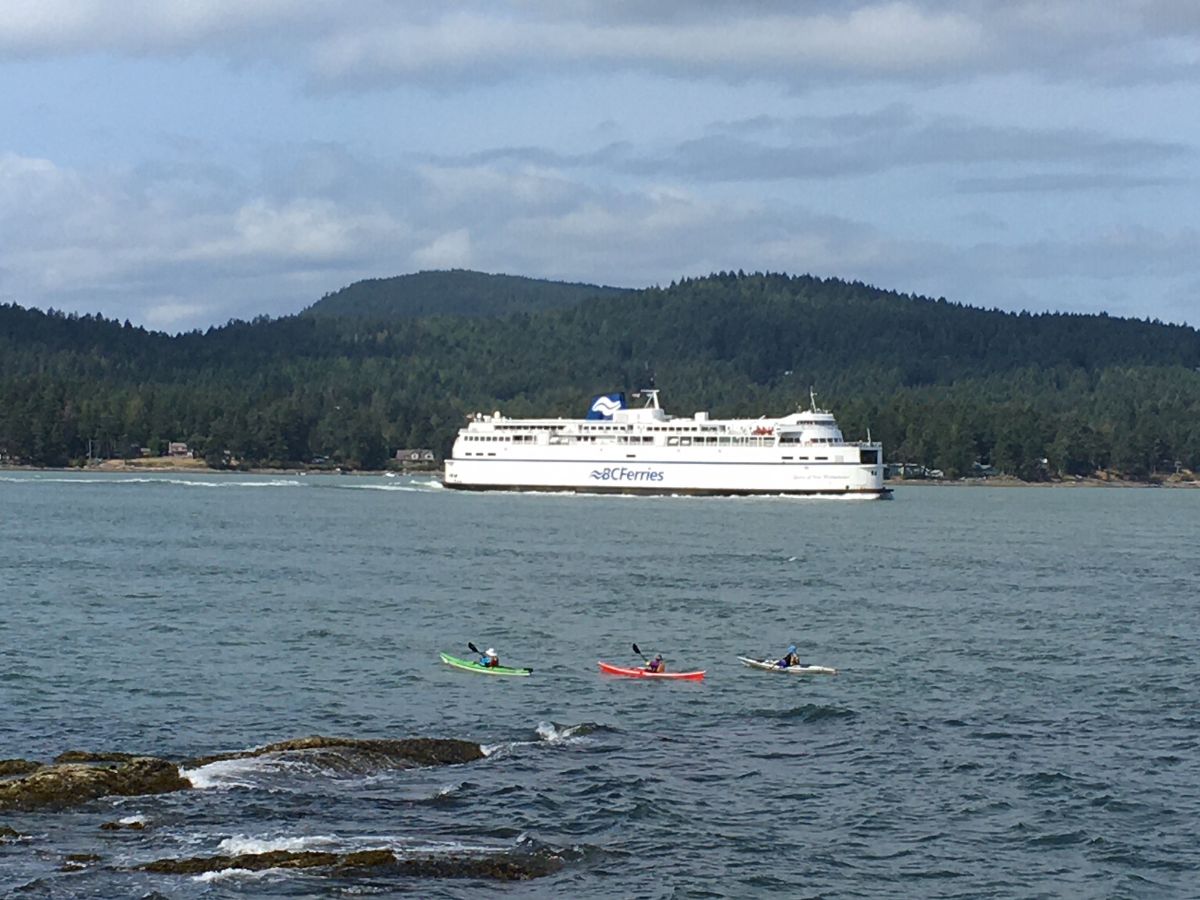 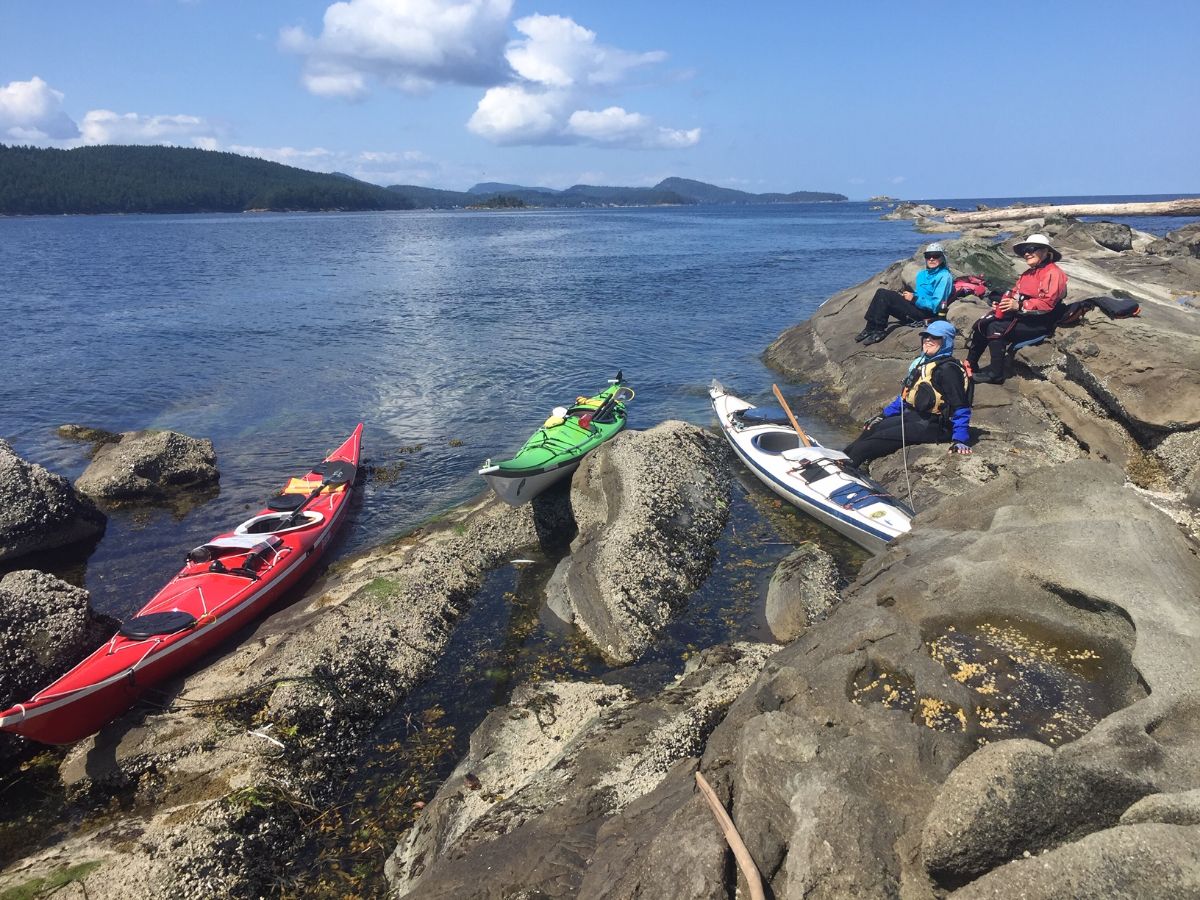